The light-hearted Church of the Flying Spaghetti Monster has staged its first legally recognised wedding.

The happy couple say that guidelines of the Pastafarian religion stipulate that wedding celebrants must be pirates.

Members of the church profess the belief that the world was created by an airborne spaghetti and meatballs-based being and humans evolved from pirates.

She carried out her inaugural wedding as an ordained «ministeroni» on Saturday.

More weddings are planned, she said, including same-sex unions that were legalised in New Zealand in 2013.

«I’ve had people from Russia, from Germany, from Denmark, from all over contacting me and wanting me to marry them in the church because of our non-discriminatory philosophy,» she said.

«We will marry any consenting legal adults who meet the legal requirement.» 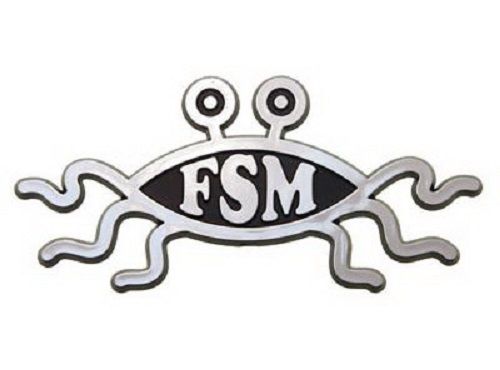 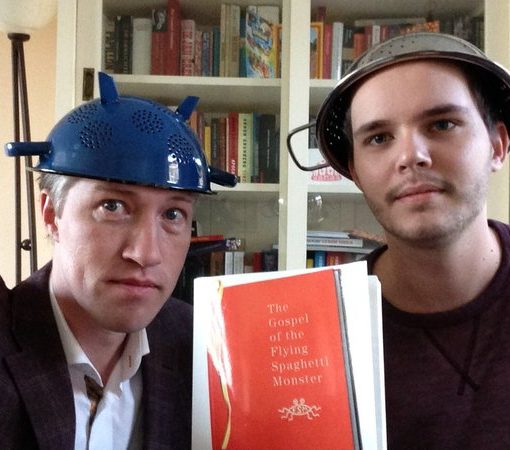 Struggle for Religious Expression in Illinois Published July 25th, 2016 by Bobby Henderson The struggle for Pastafarian acceptance continues, in Illinois. From […] 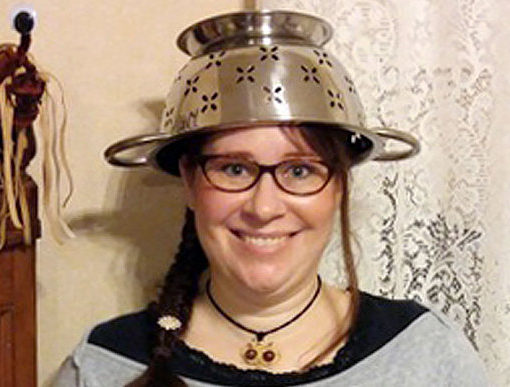